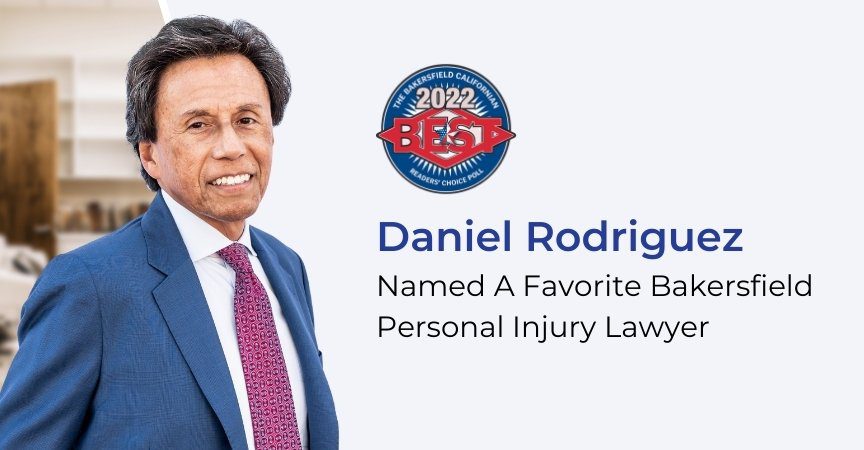 Daniel’s professional dedication to the Bakersfield community has not gone unnoticed and has earned him nationwide recognition. Daniel has been included in Super Lawyers® since 2009, as well as the American Institute of Personal Injury Attorney’s™ 10 Best Attorneys in California.

Rodriguez & Associates was also named a favorite in the Best Law Firms category. Thank you to everyone who voted for us!! 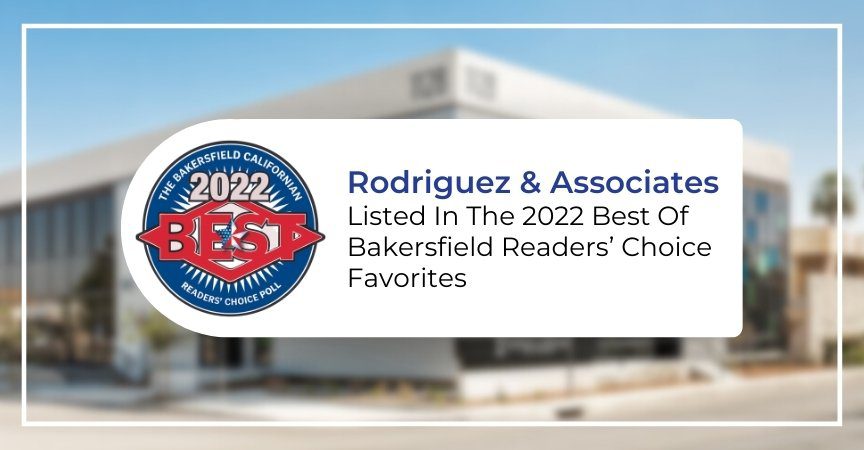 The Bakersfield Californian has named Rodriguez & Associates a favorite in the “Best Law Firm” category in The Best of Bakersfield Readers’ Choice Poll 2022.

Daniel Rodriguez was also listed as a favorite in the “Best Personal Injury Lawyer” category.

Thank you to everyone that voted for us!

Every year, The Bakersfield Californian, a Kern County local newspaper, holds this competition to help our residents find the best of the best in the county from the Best Local Band to the Best Cardiologist. Congratulations to all those recognized this year!

Rodriguez & Associates has also been listed for years on Expertise.com as the Best Personal Injury Lawyers in Bakersfield.

Learn more about our firm here. 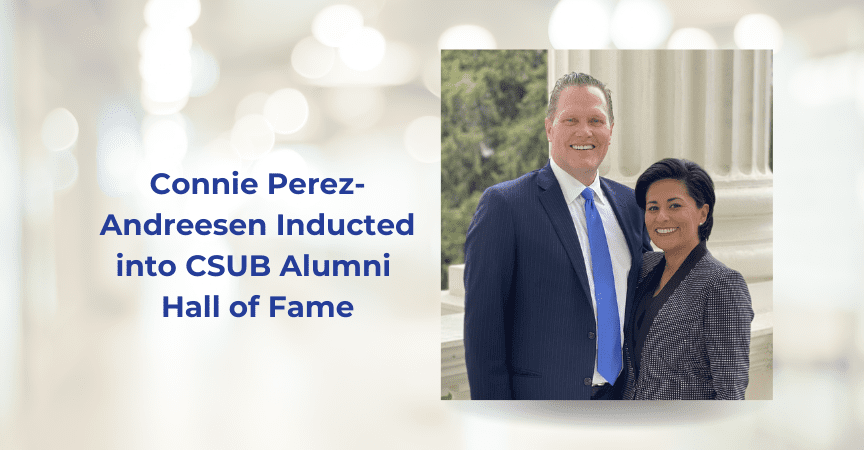 Connie Perez-Andreesen, wife of Rodriguez & Associates Senior Partner Joel Andreesen, was inducted into the 2022 CSUB Alumni Hall of Fame. The honor recognizes graduates whose career accomplishments, community service, and/or support of the university have made their alma mater proud.

From Humble Beginnings to Major Achievements 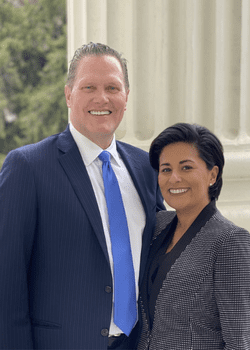 In this article by CSUB, Ms. Perez-Andreesen shares her life story that began when her parents came to the Unites States from Mexico in 1975 to work the fields. Shortly thereafter, Ms. Perez-Andreesen was born and she spent her early years in Woodville Farm Labor Camp, eight miles west of Porterville. When she was in junior high, her parents bought a home in Porterville and she began attending Monache High School. Her dream “was to get married, have kids and live happily ever after”. She didn’t know anyone who had gone to college but started hearing about college from the family of her high school boyfriend.

After a brief stint at Porterville College, she dropped out to work until one day her store manager was having a bad day and took it out on her. It was that moment where she decided she didn’t want to turn into a miserable person like him, living paycheck-to-paycheck. She re-enrolled in Porterville College, got straight As, and eventually enrolled at CSUB.

In 2000, Ms. Perez-Andreesen graduated with a degree in business administration with an emphasis in accounting. With the encouragement of her CSUB professor, she applied to the biggest and most prestigious accounting firm in town, and landed the job. She worked hard, taking on whatever projects they gave her including lots of traveling for work. When one of her colleagues told her that she’d never make partner – as the other partners where all white and mostly male – he inadvertently put a challenge in front her that she rose up to through conscientious work and a commitment to excellence in her job. In 10 years, she made partner.

After a brief time in politics, she was approached by Arturo Rodriguez, president of the United Farm Workers, who asked if she knew anyone who’d be interested in its controller position. Ms. Perez-Andreesen was interested, which is what Rodriguez had hoped for. She applied and got the job. Working for the UFW “brought me back to my roots,” Ms. Perez-Andreesen said. “I’m the daughter of farm workers. I grew up in the labor camp.”

Ms. Perez-Andreesen became the chief administrative officer of the UFW in 2020.

Ms. Perez-Andreesen has also been recognized as a Businesswoman of the Year by the Kern County Hispanic Chamber of Commerce, Latina of Influence by Hispanic Lifestyle, Woman of Excellence by the National Latina Business Women Association Los Angeles, and as an experienced leader by the American Institute of Certified Public Accountants and the California Society of Certified Public Accountants. Ms. Perez-Andreesen joins 64 CSUB alumni who have been included in the CSUB Hall of Fame, which was started in 2007. Congratulations!

There is much more to her inspiring story, read the full article here. 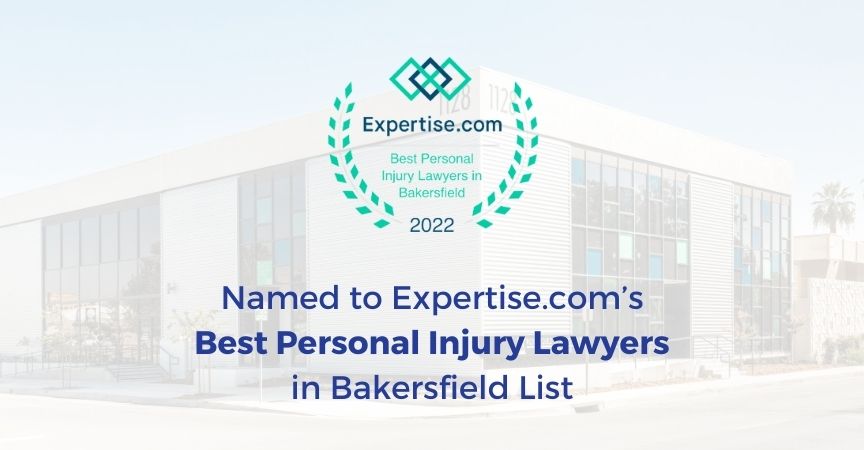 Rodriguez & Associates has been named by Expertise.com’s one of the Best Personal Injury Lawyers in Bakersfield for 2022. Expertise.com aims to connect people with the top experts in their city by field.

Expertise.com evaluated 243 personal injury firms in the Bakersfield area, scoring them on more than 25 variables across five categories including availability, qualifications, reputation, experience, and professionalism. The results were then analyzed to provide the public with the best 23 lawyers in the area.

Rodriguez & Associates is based in Bakersfield, California, but we have represented clients from all over the country. 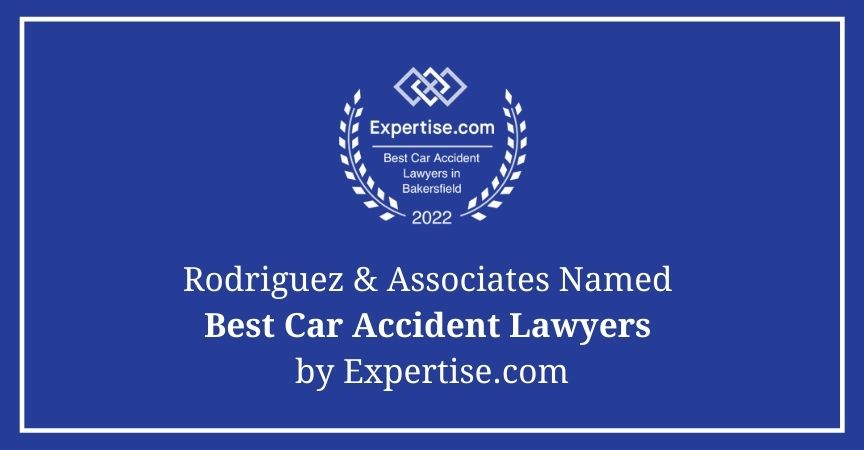 Our firm has been featured in top rankings consistently by Expertise.com over the last several years.

Expertise.com scored dozens of Bakersfield car accident lawyers on more than 25 variables across five categories and analyzed the results to give readers a hand-picked list of the top 19 firms in the area.

Rodriguez and Associates has over 100 years of combined experience in handling car and other vehicular accident cases and takes pride in their reputation of success and professionalism. To learn more about us, click here. 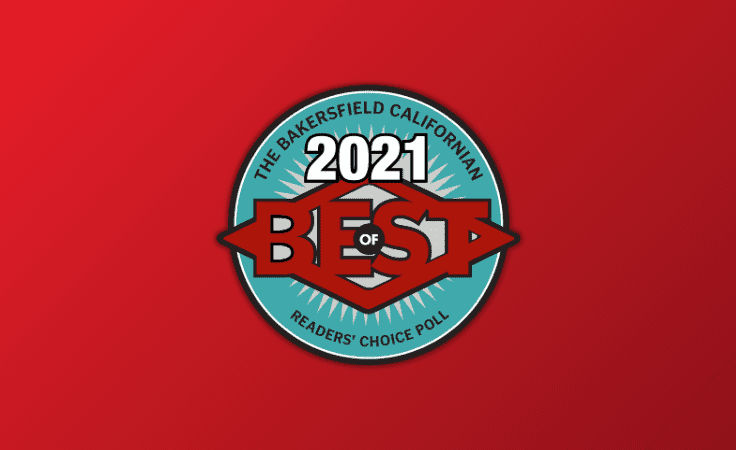 Rodriguez & Associates has been named a favorite in the “Best Law Firm” category for The Bakersfield Californian’s “The Best of Bakersfield Readers’ Choice Poll” for 2021.

The categories showcased in “The Best of Readers’ Choice Poll” vary from “Best Bakery” and “Best Dentist” to “Best DJ.”

Thank you to everyone who voted for our firm. 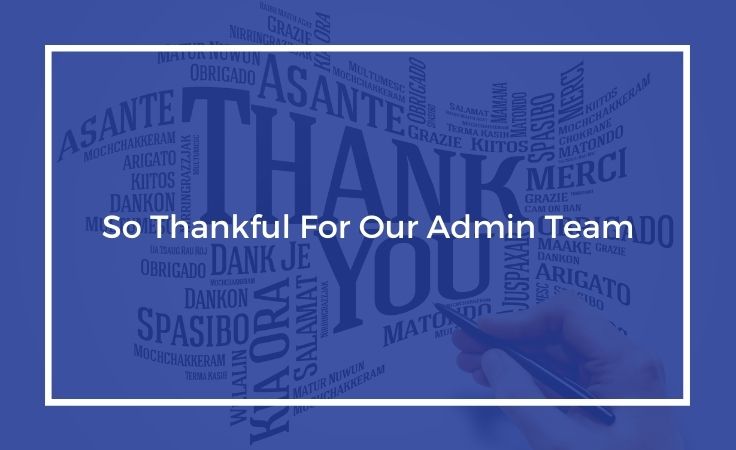 Thank You to Our Administrative Team!

We celebrate the amazing people who are the center of our operations here at Rodriguez & Associates. Their work is invaluable in making sure our office runs smoothly so that we are able to help serve those who are in the most need.

Their work allows us to do our job of leading our clients out of their dark places of despair. We work to build a bond with each client and put their lives back together after suffering serious, catastrophic injuries.

Together with our personal injury lawyers, we all form a formidable team that protects the rights of our clients, and we are grateful for them today and every day!

Attorney Daniel Rodriguez, Founder and President at Rodriguez & Associates, has been selected to the 2021 California Super Lawyers list. No more than five percent of the lawyers in California are selected by Super Lawyers.

For over ten years, Super Lawyers has recognized Daniel Rodriguez for his outstanding legal achievements. He has demonstrated excellence in the practice of law year after year.

Super Lawyers®, part of Thomson Reuters, is a rating service of outstanding lawyers from more than 70 practice areas who have attained a high degree of peer recognition and professional achievement. The annual selections are made using a patented multiphase process that includes a statewide survey of lawyers, an independent research evaluation of candidates and peer reviews by practice area. The result is a credible, comprehensive and diverse listing of exceptional attorneys.

Daniel is a member of The National Trial Lawyers – an invitation only group composed of the premier trial lawyers from across the United States. His firm has obtained more multi-million-dollar verdicts than any other law firm in the Southern San Joaquin Valley and has earned the highest personal injury verdict in Kern County history. In 2019 alone, he had three verdicts that made the Top 40 Personal Injury Verdicts in California list (by Top Verdict). The largest verdict in that list was a $70.5 million verdict in a trucking crash/traumatic brain injury case.

“Being listed in Super Lawyers once again for the litigation work I do is an honor,” said Rodriguez. “Helping individuals and families in Kern County get the justice they deserve for the pain they have experienced is why I do what I do.” 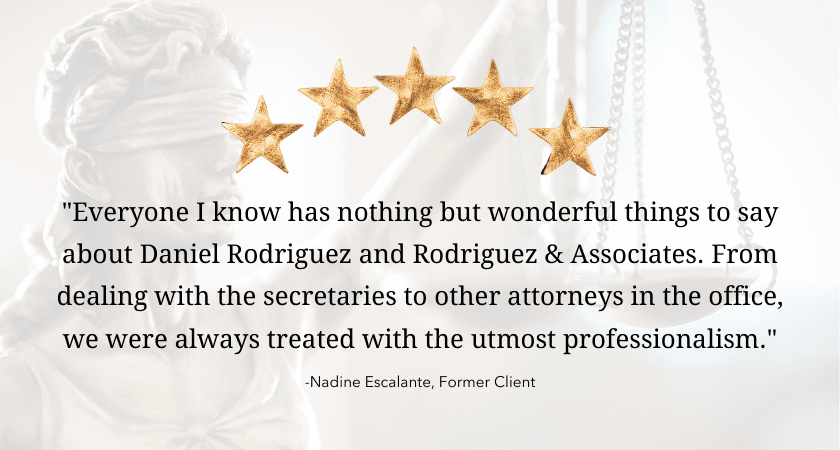 “Everyone I know has nothing but wonderful things to say about Daniel Rodriguez and Rodriguez & Associates. From dealing with the secretaries to other attorneys in the office, we were always treated with the utmost professionalism. We were always seen immediately and treated like family; really treated like family. It was not an easy case for us, it was a very emotional case for us because it was my dad. But Daniel understood that, Daniel could see that, and I think that made him fight even harder because once he got to know who my dad was and our family, he got to see what a terrible loss we took when my dad was taken away. So, we are very thankful for Daniel Rodriguez and his team. He is beyond professional, beyond compassionate, I can’t see any other attorney here in Bakersfield that does the kind of work that he does. The quality of work and the time he takes out to speak to his clients and make sure their needs are met.”
-Nadine Escalante

We are honored when we receive testimonials like this that are so heartfelt and genuine. Daniel Rodriguez, founder and President of our Bakersfield personal injury law firm leads Rodriguez & Associates with the motto, “Big firm results with small firm service.” All personal injury attorneys at Rodriguez & Associates take this to heart by treating each client and case as if they were representing someone from their own family. We strive to thoroughly investigate every case to see that justice is served and that our clients receive what they deserve (and more) for their pain, suffering or loss. During this process, we also get to know the clients and their families on a personal level so when we win on their behalf, it is not just a victory for the firm, it is a personal victory for our attorneys as well.

Rodriguez & Associates has been listed in Top Verdict’s “Top 100 Verdicts in California in 2019” list. Our firm was listed three times:

Our personal injury law firm’s extensive trial practice experience has resulted in notable cases and results. You can view some of our noteworthy multi-million dollar verdicts and settlements here.