Do I Need a Bakersfield Car Accident Attorney? 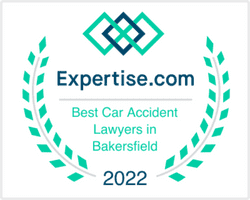 It can be difficult to perceive differences between law firms as you work to select one following a car accident. Even if you are sure of what you are looking for – experience, personal service and a high degree of knowledge of your specific type of accident – it can be challenging to determine which firm can truly offer the service and competence you need and deserve. If you’ve been involved in a serious car accident, contact the Bakersfield car accident lawyer at Rodriguez & Associates.

The State of Motor Vehicle Accidents in Bakersfield, California

In 2018, the most recently available data from California’s Office of Traffic Safety (OTS) there were a total of 1,914 injury and fatality accidents in Bakersfield. This is roughly 10 percent higher than in 2012, and 235 of those wrecks involved a drunk driver. This is particularly concerning because, despite more safety and education efforts towards the dangers of drunk and distracted driving, injury and fatality numbers continue to rise.

The prevalence of distracted driver accidents overall is especially interesting for several reasons. One, younger drivers are involved in an overwhelmingly higher number of car accidents than older drivers. Young adults are also much more likely to text and drive, as well as be distracted by cellphones. This risky behavior behind the wheel likely plays a significant role.

However, when looking at motor vehicle fatality numbers independent of total crashes, the distribution is much more even though young and older age groups.  In fact, more people are killed in the 40-59-year-old age group than in the 20-39 age group.  This could be a result of unsafe driving behavior (distraction, speeding, drinking, and driving; all behaviors that young adults are much more likely to engage in) by the younger age group causing accidents that kill older adults in other vehicles.

As previously mentioned, anti-texting and driving campaigns have crowded the airwaves in the past couple of years, and for good reason. Almost 80 percent of vehicle crashes in California are due to some sort of driving distraction. And while texting is the most focused on factor when it comes to distracted driving, there are many other things that drivers do behind the wheel which diverts their attention from the road, such as:

Law enforcement in California stated that they wrote 35 percent more tickets for texting in 2015 compared to the previous year. This is consistent with a four-year survey conducted by the California OTS, which showed that 6.1 percent of drivers in Kern County were observed using their cell phones while driving. This is a marked increase from just 2.7 percent in 2014. Some have speculated this is because fines aren’t strict enough, and indeed in California, the base fine is only $20 for a first offense of using your cell phone while driving.

Although drinking and driving is not the problem it was 10-20 years ago, there are still far too many instances of it. In Bakersfield, the troubling increase in DUI crashes and arrests is part of what led to the concurrent increase in cameras at stoplights. The city of Bakersfield saw a 33% increase in fatal crashes in 2020, despite fewer drivers being on the road during the Covid-19 pandemic. Many of those stemmed from DUIs where the driver had a blood alcohol content (BAC) of .08 or higher.

Alcohol-impaired fatalities accounted for 29 percent of the total fatalities in the state, lower than the national average, which sits at 31 percent. Perhaps most concerning however is that in the city of Bakersfield in 2013, drivers under the age of 20 – and therefore not of legal drinking age – accounted for 10 percent of the 235 injuries and fatality DUI accidents.

What Are the Most Dangerous Intersections in Bakersfield?

People drive in California more than any other state. In 2014, motorists traveled nearly 334 million miles, which is almost 100 million more than Texas, the next closest state. Despite this, California actually has the 16th fewest fatalities per million miles traveled of all states in the country. However, with so many cars on the road at nearly all times of the day, certain spots are going to be more dangerous than others.

There are intersections in Bakersfield that have higher accident rates than others, and some of the most dangerous were identified by the local ABC station as particularly risky in 2014: Truxton and Oak, with 95 crashes; Truxton and Coffee with 186, and Rosedale and Coffee, with 239. The third one probably comes as no surprise to Bakersfield residents, as it’s one of the busiest intersections in the city. In fact, it’s one of 13 intersections that have a red light camera, which carries a $381 fine.

Bakersfield and Kern County in general may not be the most populous of California cities, but you wouldn’t know that if you drove some of the roads at the wrong time of day. Wheeler Ridge Road off of the 5 sees approximately 8,000 cars per hour during peak times, which makes sense given the outlet mall and all the other stores located there. But that’s just a small amount compared to what the 99 gets; the worst of it is the junction with the 58 near downtown, which gets more than 12,000 cars per hour during peak times and more than 150,000 cars per month on average. For reference, Bakersfield has a population of 373,640, only about 70 percent of whom are actually old enough to drive.

This year, a new law was enacted prohibiting drivers and cyclists alike from having headphone buds in your ears. There has been a law concerning the headphones that cover your ears for a long time, but this one specifically concerns the earbuds. This could very well be part of the state’s crackdown on distracted driving, and it could be as high as a $160 fine. It only prohibits headphones in both ears, so just having one, as most people do, will not result in a penalty.

Another law that was enacted five years ago, but that few know about, is that it’s illegal to play music so loudly it can be heard more than 50 feet from your car when it’s being operated on a highway. As anyone who has ever driven in California knows, this law is rarely enforced. But if it is, the penalty is approximately $150, and you will probably lose a challenge in court if given a citation for this, unless the officer doesn’t show up. But hey, at least you are allowed to drive barefoot in California, even on a motorcycle; it’s absolutely not a good idea, however.

What Is The Seatbelt Law in California?

Using a seatbelt should be second nature at this point, but fatalities due to the passenger and/or driver being unrestrained is on the rise as well. In 2014, there were only 15 such instances, but that number rose to 35 just one year later. The most troubling thing about this is that the number of fatalities from restrained passengers remained unchanged.

It’s unclear why so many more people suddenly appear to not be using their seat belt, particularly since California has more strict laws in this regard compared to other states. It requires that all passengers older than 8 and taller than 4 feet 9 inches use a seatbelt; those who are younger and/or shorter than this must use a child safety seat. If found in violation of this, you could be assessed with a $162 fine.

What Should I Do If I’m In A Car Accident?

If the other driver is at fault, the process for filing a claim and dealing with a potential lawsuit is essentially the same no matter the cause of the accident. In California, you have two years from the initial date of injury to file a personal injury claim, and three years for property damage. If you’re in an accident, document the scene as much as possible. Take pictures, note signs, gather insurance information, assess damage to your vehicle. It’s important to keep a record of everything.

California is a pure comparative negligence state. This means that if damages are assessed for $10,000, but you were deemed to be 20 percent at fault, then you will only be awarded $8,000 in compensation. If a lawsuit becomes necessary due to someone else’s negligence, then you will need an attorney who has the knowledge and expertise to fight on your behalf. The law firm of Rodriguez & Associates provides more than 100 years of combined experience to your case, and our dedicated team will ensure that you are fairly compensated for injuries and property damage.

The Bakersfield car accident attorneys of Rodriguez & Associates stand out as the most successful car accident and personal injury lawyers in Central Valley:

Our philosophy and approach is coupled with experience and results; we have handled hundreds of car crashes and auto accident cases, including motorcycle, pedestrian, truck, bus, bike, rideshare, and dangerous roadway accidents. For more information regarding our firm and your rights following an accident in which you were injured or harmed, contact Rodriguez & Associates.

Rodriguez & Associates is conveniently located in downtown Bakersfield. We are available for weekend and evening appointments, charge no fee for consultations and speak both English and Spanish. To contact us, please call 661-323-1400 or 800-585-9262 Toll-Free to schedule a free consultation with one of our Bakersfield car accident attorneys today.