Daniel Rodriguez has a background that is a little bit different than the typical lawyer.  Daniel grew up in a migrant farm-worker family.  He and his family were constantly on the move.  He lived and worked in Texas, Louisiana, Mississippi, and California.  Daniel and his five siblings attended between three and five different schools each year up until college.

In addition to working in the fields, Daniel later held a variety of jobs going through college and law school.  To name a few, Daniel worked as a dishwasher, worked for PG&E in their mapping department, worked as a salesperson for Sears, Roebuck & Co., sold encyclopedias door to door, and pumped gas at a full-service gas station.  Another job that Daniel held was working as a roustabout and mechanic in the oilfields for Atlantic Richfield Co. in Kern County.  All of these jobs helped mold Daniel’s perspective on life.  Namely, that there’s no substitute for putting in the hard work.

As far as education is concerned, Daniel’s dad, Jose Rodriguez, never attended school.  His father was illiterate; couldn’t read or write in English nor Spanish.  And, Daniel’s mom, Lydia Rodriguez, had 3 years of schooling.  But, Daniel will tell you that you can’t find two people more committed to the value of education than his parents.  Of the 6 children of Jose and Lydia Rodriguez, 5 of them obtained a college degree; three of whom obtained graduate degrees.

Another thing that should be mentioned about Daniel’s education is that it is a little bit different than the typical lawyer.  It’s different because the vast majority of people who attend law school first obtain a bachelor’s degree in one of three areas:  Political Science, English, or History.  Daniel obtained his bachelor’s degree in Engineering from Cal Poly State University in San Luis Obispo.  Incidentally, Cal Poly is regarded by many as the top undergraduate public university engineering college in the country.

And, for law school Daniel attended UCLA School of Law.  He graduated in 1980 and took the bar exam that same year.  Daniel was fortunate enough to pass the bar exam in his first attempt.  Daniel says the following about passing the bar exam on his first try: “Not bad for an old cotton picker from Texas!” 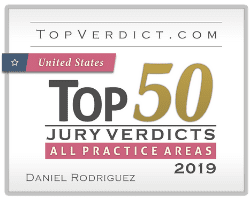 Last, but not least, Daniel’s career as a lawyer is also a little bit different than the typical plaintiff’s lawyer.  The vast majority of plaintiff’s lawyers hardly ever go to trial.  Most of them may take a case to trial once every five years or so.  Daniel tried his first jury trial within one month of getting his license to practice law.  Daniel’s skill as a personal injury lawyer in Bakersfield has not gone unnoticed.  Daniel is proud of the fact that he was selected to teach at Gerry Spence’s Trial Lawyers College.  This trial advocacy school is widely considered to be the best in the country.  What do jury trial experience and trial skills mean to the client?  That Daniel will obtain the top and full value for the client’s case because insurance companies respect and fear a skilled and experienced trial lawyer. 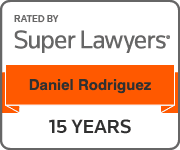 Daniel’s professional dedication to the Kern County community has earned him nationwide recognition. He’s been selected to the California Super Lawyers list (by Super Lawyers®) every year since 2009. In 2015, he was named Best Lawyer in Bakersfield by the Best of Bakersfield Reader’s Choice Awards. He is also a member of The National Trial Lawyers, an invitation-only group composed of the premier trial lawyers from across the United States. He’s been a guest on Hot 94.1’s “The Romeo Show”, Univision, and interviewed in major news outlets. Whether you need a Bakersfield car accident attorney or workplace injury lawyer, you can trust Daniel to diligently advocate for you. 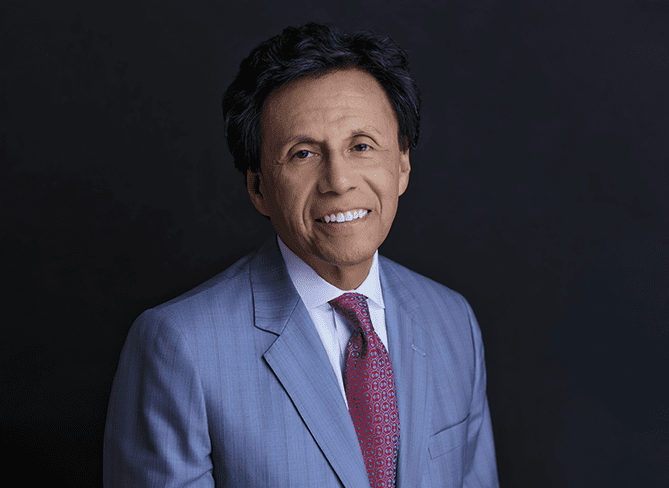