On January 10, 2013 (almost a month after Sandy Hook), a Taft Union High School student walked into class carrying a shotgun, aimed it directly at a fellow classmate, and shot him.

The State of California Court of Appeals has upheld the original verdict decided in July 2019, placing 54 percent of the responsibility on the School District for failing to protect their student. The judgment holds Taft Union High School District liable for over $2.5 million in damages.

And, while this is usually the case, the ongoing reports of concern made by fellow students and staff to the school district and its employees revealed who knew the most and cared the least. 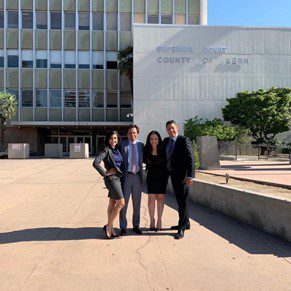 Daniel Rodriguez, Chantal Trujillo, and Danay Gonzalez, from Rodriguez and Associates, have represented the student who was shot throughout this legal battle, which included a six-week jury trial.

California has had the most school shootings of any state since 1970, totaling 164. With school shootings on the rise, systematic improvements need to be made within the institution of public education to ensure the safety of all students and staff within schools.

In addition to handling cases of school violence, Rodriguez and Associates have experience working with victims of school sexual abuse seeking legal action to resolve complicated problems. If you believe your child’s school has failed in its duty to provide a safe environment for its students, contact us today for a free consultation.