Is There a Cap on Non-Economic Damages in California?

You have the right to claim two main types of damages in a California personal injury case: economic damages and non-economic damages. Economic damages refer to the tangible financial losses you suffered as a result of the accident, such as medical expenses, lost wages while you were in the hospital or recovering at home, property damages sustained in the accident, and disability accommodations to your home and vehicle.

On the other hand, non-economic damages refer to the losses you cannot provide a financial paper trail to prove. They refer to the emotional repercussions of your injuries, such as the development of mental health issues like depression and anxiety, or other intangible impacts, such as chronic pain, disability, and disfigurement, or a loss of quality of life.

To successfully prove your case for non-economic damages, your attorney will need to establish that you suffered the injuries as a result of the at-fault party’s negligence or recklessness. After presenting your case to the courtroom, the jury will determine whether or not you can claim compensation, and will determine how much you should receive.

Calculating non-economic damages can be challenging, as well as collecting evidence for the economic damages you could claim and determining whether or not your case qualifies for punitive damages. However, hiring an attorney to assist you with your lawsuit can help you discover optimal pathways towards maximum possible compensation. If you have not done so already, contact a personal injury attorney to discuss your legal options and to begin the filing process. 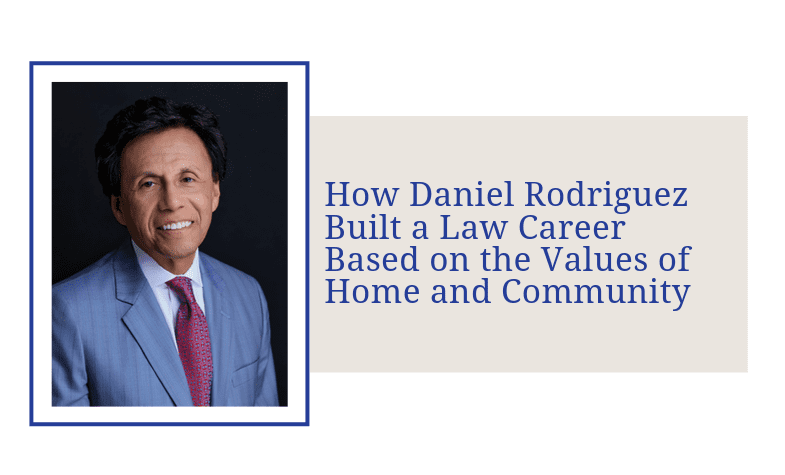 Daniel Rodriguez may be a renowned California lawyer today, but he comes from much more humble roots—ones he’s not planning to forget anytime soon. As an article for the most recent issue of Kern County law publication Res Ipsa Loquitur details, it’s his beginnings as the son of migrant workers and his early years spent struggling for his own education that have informed so much of what he does today with his personal injury law firm, Rodriguez & Associates.

From a young age, Daniel understood the importance of education. Even though he and his family moved a lot, he took it upon himself to ensure he and his five siblings were always enrolled in school, often filling out the paperwork to register them himself.

Daniel enrolled as an electronic engineering student at Cal Poly San Luis Obispo in the early 1970s, where he became the first Latino to graduate from that program. Even so, he always knew he wanted to become an attorney, though he found the profession initially challenging as a first-year law student at UCLA. “In engineering, there’s a formula and there’s always a right answer. It’s black and white. It took me a whole year to understand that law is different. You have to be able to see both sides of the coin, both viewpoints at stake in a dispute,” he told Res Ipsa Loquitur.

The value of that lesson has informed much on Daniel’s career. Personal injury law is a tricky, often messy business that relies on nuances and gray areas. Being able to argue both sides of a case has been key to Rodriguez & Associates success over the years when representing its clients.

Perhaps an even more valuable lesson he has learned along the way is the importance of community and remembering one’s roots. Despite success in law school that led to multiple job offers upon graduation, he decided to forgo working with a Los Angeles-based firm and instead returned home to the Central Valley, California. Once there, he actually struggled to find work as an attorney.

And when he eventually landed a job with an insurance company as a defense attorney, he quickly realized how discouraging it felt to represent the interests of companies rather than individuals.

So he changed course and instead went to work for a Bakersfield law firm where he was able to fight for people who were injured working, as the article puts it, “in the same orange groves he grew up working in or on the same cotton gins he and his father had worked on all those years before.”

Eventually, he met a law clerk named Joel Andreesen and the two decided to start working together. Over the last decade, they have built up a firm around the values of helping people who most need it and giving back to the communities from which they came. Serving the community, both inside and outside of the courtroom, continues to be a value on which Daniel and his firm practice the law and to build a bond with each and every client along the way.