Blaine was born and raised in Kern County. He split his time growing up between the small town of Arvin and nearby Bakersfield before graduating from Arvin High School in 2011 (“Once a bear, always a bear.”) While at AHS, Blaine participated in student government, Academic Decathlon, and was a member of the school’s Valley title-winning tennis team.

But perhaps his most meaningful high school experience came as a member of his school’s We the People program, a team competition in which students are tested on their knowledge of the U.S. Constitution and American government. This program awakened Blaine’s interest in the law and a passion for using it to improve people’s lives. It was also through We the People that Blaine first met Daniel Rodriguez when the Arvin alum volunteered an afternoon to teach the students public speaking skills.

Blaine and his siblings became the first generation of their family to attend college. While earning his degree in Political Science from UC Berkeley, Blaine worked multiple jobs to pay his way through school while staying active in intramural sports and political clubs on campus.

Afterwards, Blaine decided to pursue a career in law and earned his Juris Doctorate in 2019 from the UC Davis School of Law. At Davis, he took part in mock trial exercises and volunteered in outreach programs with local schools. Following his graduation, Blaine was lucky enough to pass the California Bar Exam on his first try.

During his last summer of law school, Blaine worked at Rodriguez & Associates. He came away impressed by the firm’s commitment and ability to champion local residents against powerful corporations and entities that had done them harm. When the partners of the Bakersfield personal injury law firm recruited Blaine to come back, he jumped at the opportunity to return home and fight for justice on behalf of the people of his community.

With Rodriguez & Associates, Blaine has been exposed to a variety of cases, including catastrophic car collisions, civil rights violations by law enforcement, and malfunctioning products. Blaine enjoys putting in the time to get to know his clients and their stories which he has found to be the key to unlocking successful results in their cases.

Outside of work, Blaine enjoys serving as a volunteer We the People coach and judge, exercising, reading, and rooting for the Golden State Warriors. 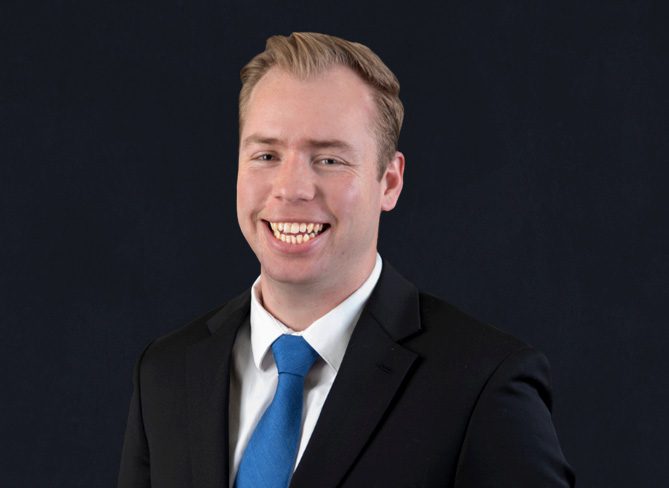